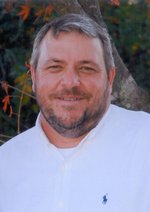 
Bio
I was born in Athens, Alabama.  I have spent most of my childhood in Troy, Alabama, graduating form Charles Henderson in 1981.  I continued my education at Troy State University receiving both my bachelors and masters degrees in mathematics.  I have been teaching for 15 years in the math classroom and have also coached football, baseball, track, weightlifting and basketball.

I enjoy playing golf in my spare time :)